How We Choose Sources 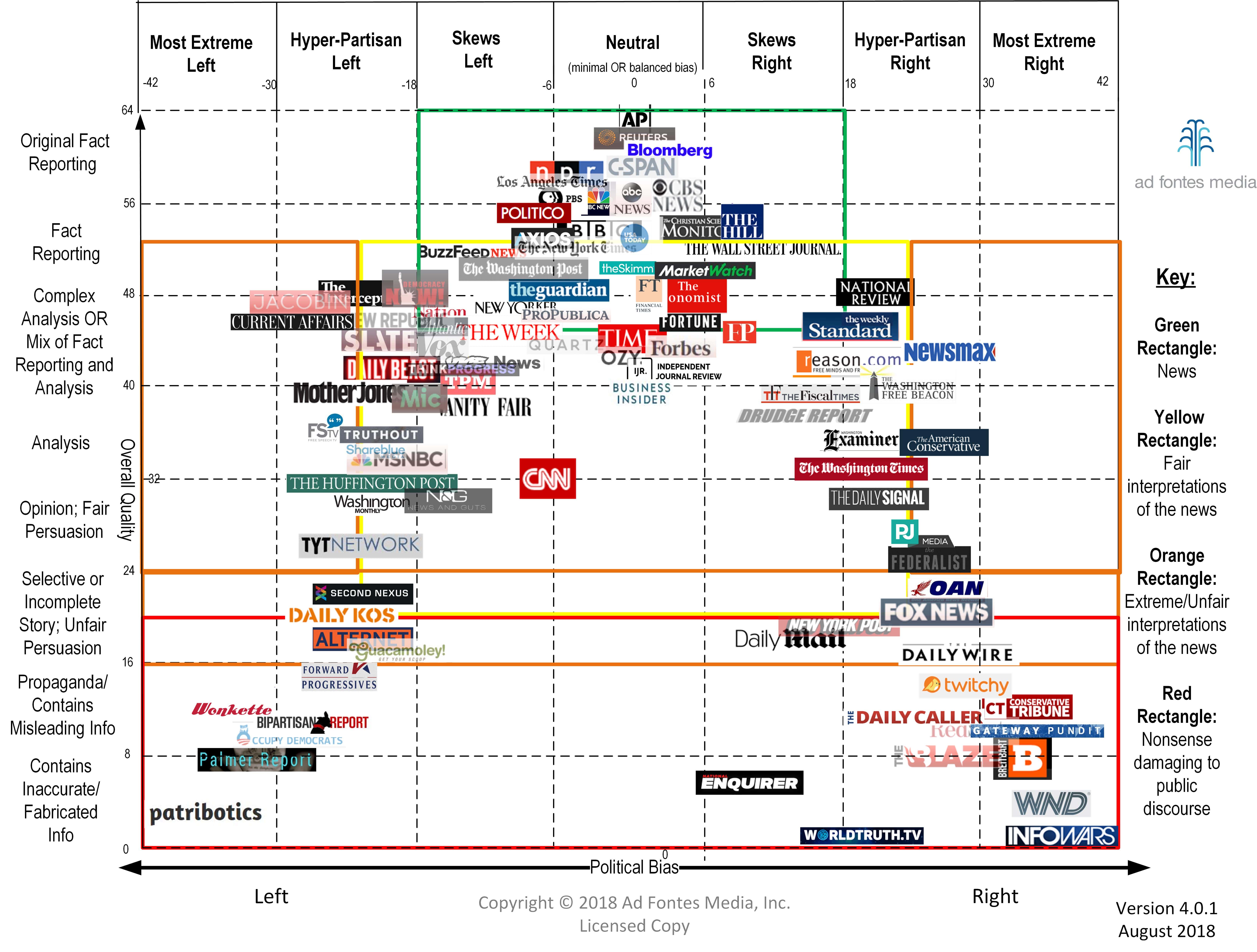 We restrict our sources to only the upper-center portion of the chart, thus only including Fact Reporting, Analysis and Opinion / Fair Persuasion, and including a balance of Neutral, Liberal and Conservative sources, as shown in the chart subsection below: 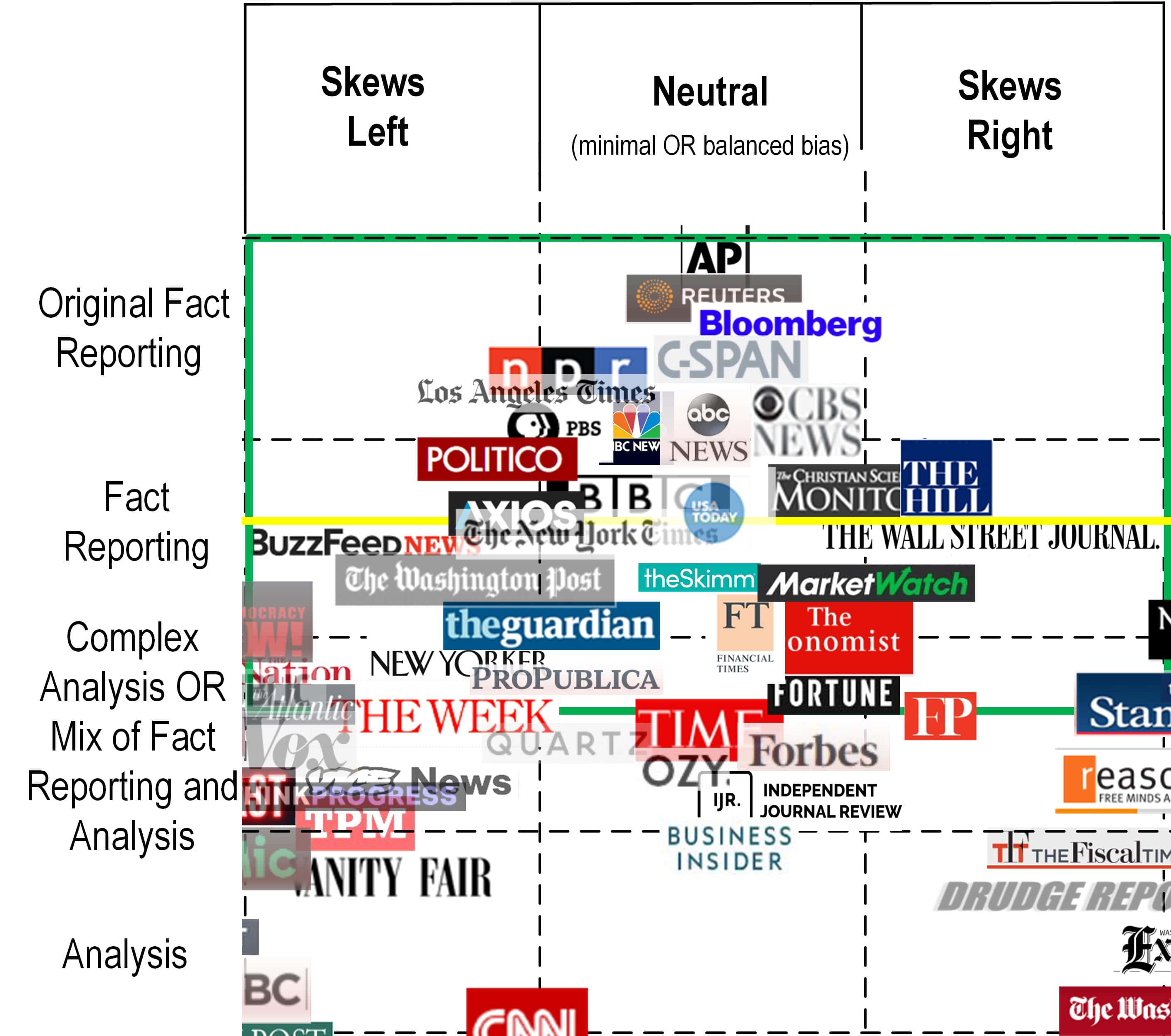 
We don't track your choices of stories, and we don't tailor the news that we show you based on your prior choices, so you don't get trapped in a Filter Bubble. And by avoiding the sources in the lower portion of the chart (or not on the chart at all), we help you to steer clear of inaccurate or misleading stories, unfair persuasion, propaganda, and outright false or fabricated stories.

We also allow you to de-select individual sources. This can be useful if you have reached a monthly free article limit for a particular source and don't wish to see their article headlines (although we encourage you to subscribe to your favorite sources). Usually you will find other news sources covering the same stories. To de-select a source, just go the Settings panel (first button at the top left of the screen) and uncheck the box of that source. New users of Neocortix News will notice that CNN is available but de-selected by default, because of its lower position in our acceptable range on the Media Bias Chart. 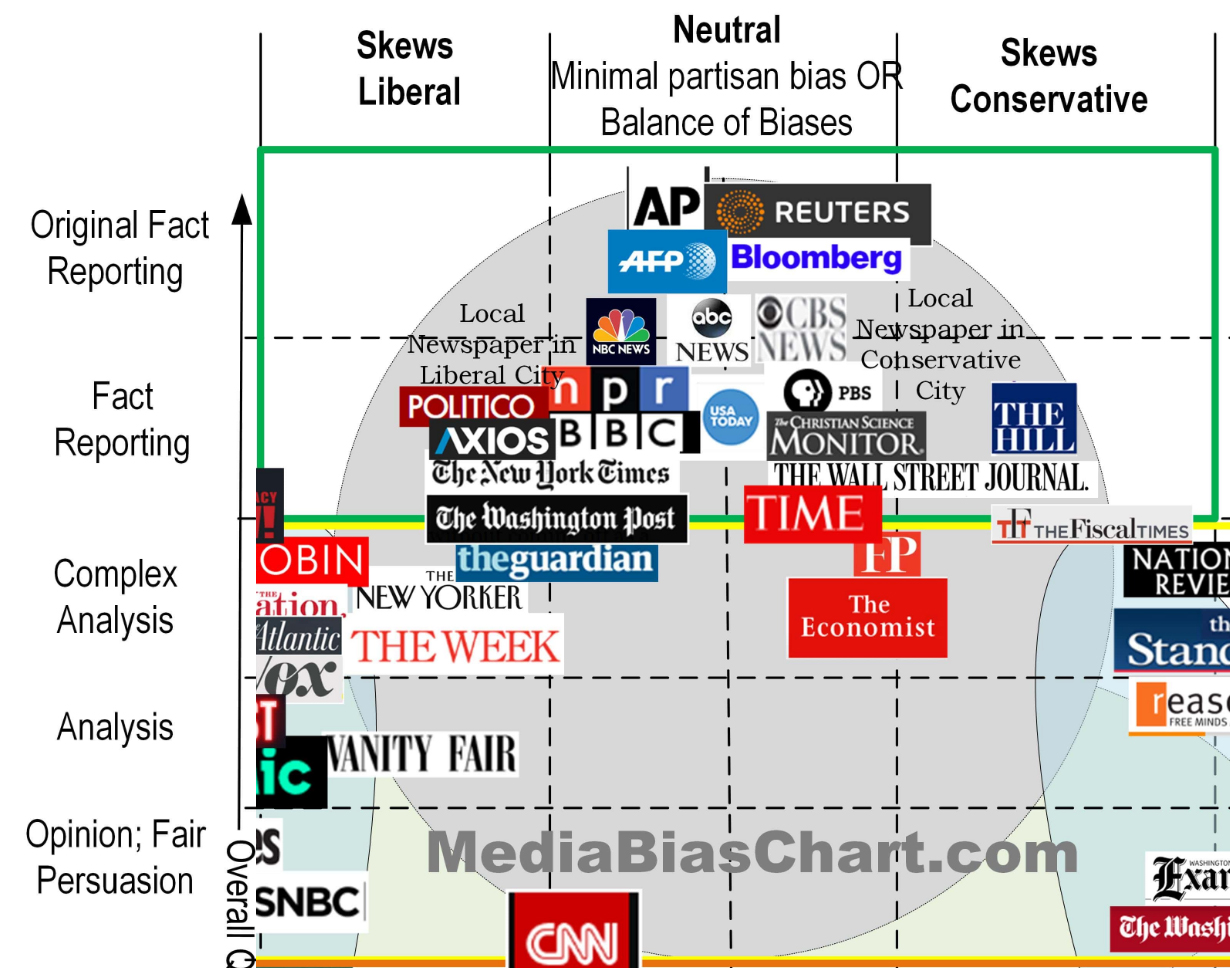 Finally, SFGate and Chicago Tribune are included because the Media Bias Chart 3.1 had generic indicators for "Local Newspaper in Liberal City" and "Local Newspaper in Conservative City" in the upper center region (see below), and we thought we should include some more local news. Neocortix News users are, of course, free to de-select those two sources if desired.

Some people have asked why we don't include all sources in the acceptable range on the chart. In particular, notable omissions include Bloomberg, Wall Street Journal, Washington Post. There are several reasons. Some sources, such as Bloomberg, have restrictions on automated crawling of their articles, so we could not index their content without violating their Terms of Service. Other sources put up technical barriers to crawling and parsing their articles, such that it requires a prohibitive amount of work to include them. We hope to add more sources from the acceptable region of the Media Bias Chart over time, based on demand and feedback from our users.

We note that, with CNN and National Review de-selected, all of our sources now fit in the Green Rectangle of the Media Bias Chart 4.0 (News), with The Atlantic being the source which is closest to the boundary.